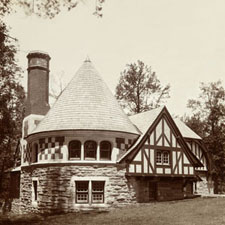 Saint Joseph's University Press is the scholarly publishing arm of Saint Joseph's University, a Jesuit institution, incorporated in 1852 in the City of Philadelphia. The university's mission statement asserts that its Catholic character springs from its historical relationship with the Roman Catholic Church and from its current embodiment of the great traditions of Catholic life and culture.

The mission of Saint Joseph's University Press derives from that of its parent institution and seeks to further the university's educational objectives and ideals on the regional, national and international level by publishing scholarly and trade books that adhere to the highest standards of the profession.

The University Press publishes in three areas that reflect Saint Joseph's University's Jesuit heritage and its commitment to the place of its founding: Early Modern Catholicism and the Visual Arts, Jesuit Studies, and Regional Studies.

Saint Joseph’s University Press’s internationally renowned series, “Early Modern Catholicism and the Visual Arts,” is unique in the publishing world of university presses for its focus on the visual arts and richness of the forms they took in early modern Catholicism, with special attention to the cultural mission of the Society of Jesus. This series combines original scholarship of the highest quality with outstanding production values, and has been critically acclaimed as “groundbreaking,” “highly original,” and “prestigious.”

John W. O’Malley, S.J., is the premier American Catholic and Jesuit church historian of our time. Specializing in the study of the Renaissance, early modern Catholicism, the Society of Jesus, the papacy, and the Second Vatican Council, he is presently University Professor in the Department of Theology at Georgetown University. Previously, he was Distinguished Professor of Church History at Weston Jesuit School of Theology in Cambridge, Massachusetts. Over the years, he has also held visiting professorships at Harvard University, the University of Michigan, Boston College, Fordham University, and Oxford University.

The author of ten books and more than 100 articles, Fr. O’Malley also has edited or co-edited a number of volumes, including three in the Collected Works of Erasmus series (University of Toronto Press). His scholarship has been recognized by best-book prizes from the American Historical Association, American Philosophical Society, Sixteenth Century Studies Conference, and Alpha Sigma Nu Fraternity; by the Johannes Quasten Medal from The Catholic University of America for distinguished achievement in Religious Studies; and by nineteen honorary degrees from colleges and universities, including Saint Joseph’s University.

Fr. O’Malley has been awarded research fellowships by the Guggenheim Foundation, National Endowment for the Humanities, and American Council of Learned Societies. He is an elected member of the American Academy of Arts and Sciences, American Philosophical Society, Accademia di san Carlo, Ambrosian Library, in Milan, and Pontifical Commission for Historical Sciences. He is past president of the Renaissance Society of America and of the American Catholic Historical Association. He has received lifetime achievement awards from the Society for Italian Historical Studies in 2002, Renaissance Society of America in 2005, and American Catholic Historical Association in 2012. In 2016, he was the recipient of the Centennial Medal of the Graduate School of Arts and Sciences at Harvard University.

The advancement of Saint Joseph’s University’s Ignatian-Catholic mission has singularly benefited from Fr. O’Malley’s scholarship and personal generosity. His magisterial study of the cultural mission of the Society of Jesus (co-edited with Gauvin Alexander Bailey), The Jesuits and the Arts 1540-1773, was published by Saint Joseph’s University Press (SJUP) in 2005. His recent edited volume, Art, Controversy, and the Jesuits: The “Imago Primi Saeculi,” 1640, (SJUP, 2015), has been critically acclaimed as “another triumph for Saint Joseph’s University Press in their continuing series of richly illustrated books offering informed analysis of the great cultural achievements of the pre-suppression Society of Jesus, especially those in the visual arts.”

Since its inception in 2007, Fr. O’Malley has served as Editor of SJUP’s “Early Modern Catholicism and the Visual Arts Series.” To date, fourteen volumes have been published in this series. Fr. O’Malley was also the lead consultant, and his collaboration with Saint Joseph’s University Press was the inspiration, for the visual “Jesuit History Walk” that graces the walls of two floors of the Campion Student Center.

Saint Joseph's University Press has received subventions for many of the books it has published. Among these generous benefactors, are the following:

* The American Teilhard Association
* The Australian Academy of the Humanities
* The Program for Cultural Cooperation between Spain's Ministry of Culture and United States Universities
* The Drumcliff Foundation
* The Earhart Foundation
* The JDB Fund
* The Jesuit Institute at Boston College
* The Allen P. Kirby Jesuit Faculty Endowment Fund
* The Samuel H. Kress Foundation
* The Foundation for Landscape Studies
* The National Endowment for the Arts (NEA) through its Cultural Heritage/Preservation Program
* The Pontifical Council for Culture, The Vatican
* The Carl and Marilynn Thoma Foundation
* The Weiss/Brown Publication Subvention Award from the Newberry Library, Chicago.

* Metropolitan Paradise: Philadelphia's Wissahickon Valley, 1620-2020 won the 2010 David R. Coffin Publication Grant awarded by the Foundation for Landscape Studies and the 2011 Professional Award in Communications awarded by the American Society of Landscape Architects.

* Philadelphia: A New Urban Direction was the recipient of the National Association of Government Auditors Special Project Award for 1999.

Saint Joseph's University Press adheres to accepted protocols in use at all university presses for reviewing manuscripts submitted for publication. Prospective authors should contact the Press's directors before making a submission. Manuscripts should conform to the conventions of The Chicago Manual of Style, 15th edition (Chicago and London: University of Chicago Press, 2003).

About the building photo: The offices of Saint Joseph's University Press are located in Toland Hall on the Maguire Campus of Saint Joseph's University. Toland Hall was built as the Carriage House to Yorklynne, the Gilmore estate in Merion, PA. The architect of the building was William L. Price. This 1899 photo is courtesy of the George E. Thomas Collection at The Athenaeum of Philadelphia.